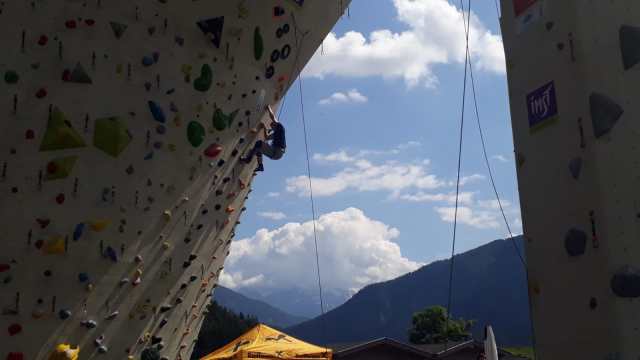 It is often said that in mathematical equations, such as ‘2+2=4’, the symbol ‘=’ represents the fact that on both sides of the equation there is the same thing. That’s wrong: on the one side there are three symbols, while on the other there is just one. 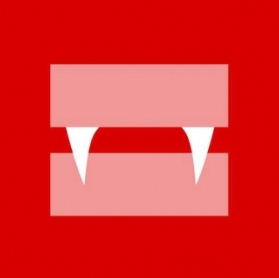 Even in the equation ‘1=1’ the same-thing-on-both-sides-reading is wrong, because there there are two separate things (the ‘1’ on the left and the ‘1’ on the right).

But this view is problematic. Mathematics is usually understood as a language or formalism that is independent of reality. Mathematics is, to put it disrespectfully, merely a bunch of tautologies, whose truth depends on the definitions that we ourselves choose. We can of course apply mathematical language/formalism to things we see, but then we are no longer doing mathematics – we’ve turned into physicists.

We can’t just say that the number of apples referred to by the symbols are the same, because mathematical terms have no meaning outside of mathematics.

Posted in Philosophy of Mathematics | 2 Comments

The man from Dutch Railways (NS) had actually grabbed and stopped my tricycle and walked around to stand in front of me. My front wheel was between his feet, so I couldn’t turn away. He looked at me and said: “I could take you from your tricycle easily if I wanted to.” I was perplexed. Was this guy actually threatening me?! “yes, that’d be easy,” I said, “because my left arm and leg are paralysed.” My response did not have the effect I had hoped for. He smiled at me and said: “can you prove that?”

Because of my disability I use a tricycle to get around. Inside buildings, and even inside shops, when I have to walk a long distance, I cycle my way. That of course raises many eyebrows – you don’t see a bearded man on a tricycle in the supermarket every day. I understand that, and I don’t mind telling people that I’m on a tricycle because of a brain tumour, not even if I have to do that every day. But what happened to me on the particular morning I’m telling you about, was simply astonishing.

The story starts several months ago. I had been teaching the whole day, and I was trying to find the train to Utrecht, to get back home. So I tricycled my way through the station, when an employee of the Dutch Railways (NS) told me to step off from my tricycle and proceed on foot. Normally I would have told him about my brain tumour, but since I was tired, I told him that I don’t ride a tricycle for fun. “Then why do you ride a tricycle?” he asked. “Because I can’t walk” I told him. He wasn’t convinced. He put his hands in his sides and took on what they call the ‘power-pose’. “I’d like to see that” he said with a smile. I couldn’t believe my ears. I became very angry, but I couldn’t think of the proper way to answer him. I just shook my head in disbelief and decided to ignore him. I cycled past him, and found my way to the train to Utrecht – and never looked back. I did my best to forget about what had happened, and I didn’t think about the events very much afterwards.

Again I was on my way to the train travelling to Utrecht. I was tricycling across the central hall of the train station when my eyes met those of the NS employee that I had met before. I was about to cycle past him, but apparently he didn’t remember our previous encounter, because again he told me to get off my tricycle. Without turning my head I cycled on, towards where the platforms are. I had hoped that this would be the end of our second encounter, but I was sorely mistaken. The man ran after me and grabbed the frame of my tricycle.

“How can I prove that I have a brain tumour!? I can’t just cut myself open, can I?!” I felt that I was losing my temper, because I really didn’t know what to do or say. A colleague of the man was standing several meters away from us, but didn’t interfere. It felt as if they were waiting for me to become aggressive. I knew that, so I knew that that’s what they’d expect. At a certain point the man looked aside, towards the entrance of the railway station. when he turned his head, he also moved his foot a little bit. And that’s when I escaped. I got on the train, and went home.

As I write this, I feel both proud and ashamed. Proud, because I hadn’t started shouting or become aggressive, but also ashamed, for escaping…

[the charming lady in the first picture is my coach] 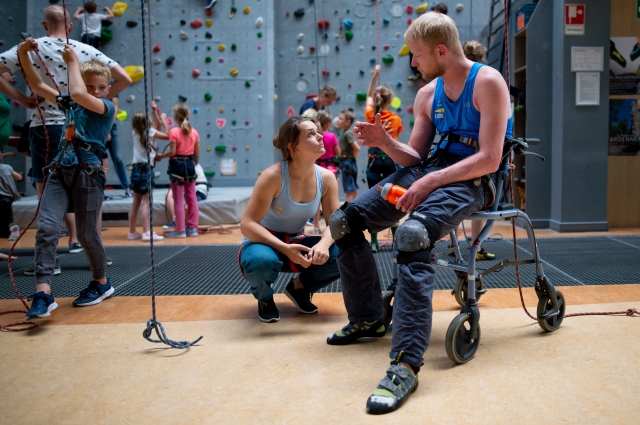 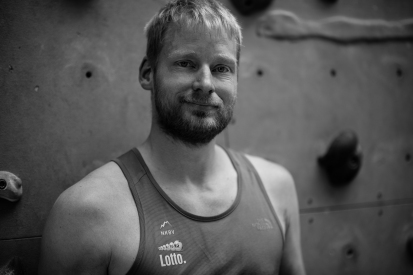 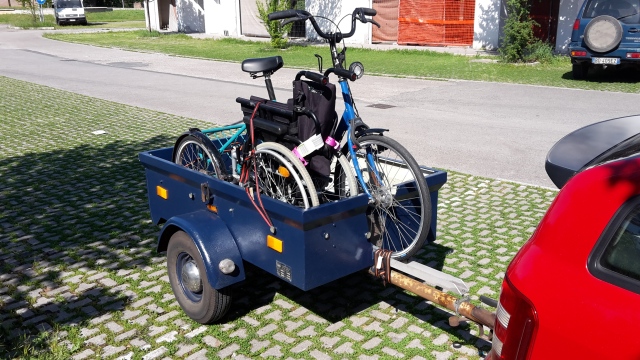